Can you tour Iraq by bike? – A few hints and tips 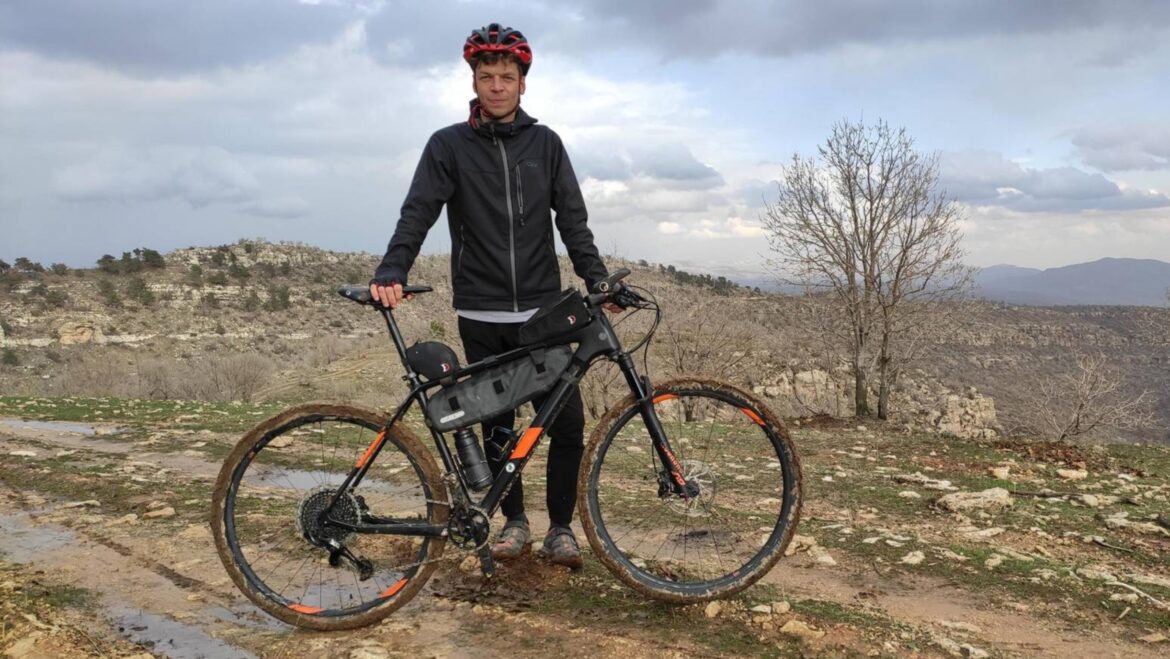 Now that I’ve been living and working in Iraq for almost two years, many have asked me whether cycling through Iraq is possible and safe – more and more people seem to be considering whether Iraq is a potential travel destination. But since there is still almost no information about cycling tours in Iraq on the Internet, I want to provide some clarity with this article.

Attention: I am writing here expressly as a private person, so I cannot give a comprehensive security situation report, but share my personal perception and assessment here. Additional sources such as information from the Federal Foreign Office should be considered. I hope that a good overall picture emerges for those who are interested.

I can recommend a bike tour in Iraq. I’ve hosted some daring bike travelers over the last few months through Warmshowers.org, none of whom have regretted their decision to cycle across the Iraqi border – quite the contrary!

First restriction: only the north is recommended

However, what I am writing here only applies to northern Iraq, i.e. the autonomous Kurdish region. I live here and often ride my bike myself. The rest of Iraq is also being discovered more and more by western tourists and is now easily accessible even with a visa on arrival at the airport; a bike tour there is even more challenging in several respects: in addition to the Iraqi military, there are many militias that control different parts of the country. It’s never entirely clear whether you’ll be let through at checkpoints as a cyclist. In addition, the risk of kidnapping is still relatively high, particularly in Baghdad.

The north, on the other hand, is controlled by the Kurdish Peshmerga, and you can move around relatively freely. There are many checkpoints where you will almost certainly be checked and questioned as a western bicycle tourist. However, such a survey usually ends with an invitation to tea, to eat or even to stay overnight, but at least with a warm “Welcome to Kurdistan!”.

However, the German Foreign Office writes on its website: “Avoid unnecessary trips to the Kurdistan Region of Iraq and only travel after examining the security situation and with adequate security measures.” I do not want to contradict this warning and in no way give the impression that northern Iraq a travel destination like any other would be. But I think that an entry – as the Foreign Office itself writes – is justifiable with good preparation and information gathering at the moment (as of April 2022).

In addition to the geographic limitation, there are a few dangers that you should be aware of: Many mines are dormant in Iraqi soil. Often these mines are even undiscovered and unmarked. An off-road/gravel/MTB tour is not impossible, but you should ask the locals which routes are safe.

In the far north and in the higher mountains, there are regular skirmishes between PKK supporters and the Turkish military. The places where it is restless can be localized relatively clearly and avoided.

The security situation is also volatile on the border between the Kurdish north and the rest of the country, especially in the region around the city of Kirkuk.

Between the high mountains in the north and the border in the south, northern Iraq is stable and easy to travel at the moment.

There is crime, but surprisingly little

War and terror are often associated with Iraq. However, this often overlooks the fact that the crime rate is very low. I feel very safe in everyday life, thefts and burglaries are very rare.

A good example: Recently, one of my bike tour guests had his mobile phone stolen after the onward journey. This is something so rare here that soon everyone knew about it. The police were able to catch the two perpetrators. Many local media reported on the case:

I would recommend: stick to the usual recommendations, don’t show valuables too openly, keep an eye on your bikes – or let the security guards, who are plentiful here, keep an eye on them when shopping. And then don’t worry too much, just enjoy the beauty, helpfulness and hospitality of the country!

Entry uncomplicated and without a visa

Entry into northern Iraq is easy via the airports in Erbil and Sulaymaniyah or via the Turkish-Iraqi border crossing at Imbrahim Khalil and the Iranian-Iraqi border crossing at Bashmaq. You pay $70 and get a 30-day visa that can even be extended at least once. The corona restrictions have now been almost completely withdrawn, you can enter with proof of vaccination or a negative PCR test result (as of April 2022) and do not have to be in quarantine.

In Iraq itself there are almost no cyclists. If at all, children in the immediate vicinity do their rounds on two wheels. Iraq is an absolute car country. There are no bike lanes at all.

You are all the more exotic as a long-distance bike traveller. Get ready to be eye-catching and an attraction. Especially in the country and on roads between cities, you will always be invited to tea and to take selfies.

At the same time, I find the Kurds to be relatively reserved compared to other people in the Middle East. That’s nice, so you’re not constantly stopped and circled by interested people, so you can definitely do kilometers. I’ve also never had stones thrown at me in northern Iraq – which, based on my experiences in Jordan, I don’t appreciate as being a matter of course.

Most cyclists enter northern Iraq from Turkey, get to Zakho and continue from there to Dohuk. Here you are forced to a large extent to drive on the large main road number 2 – a lot of traffic and not much fun.

From Dohuk, however, there are many options for beautiful routes. My first major day tour took me from a suburb of Dohuk to the Yazidi sanctuary of Lalish. I can highly recommend this route – with the exception of the trip to the river valley, where you have to push a lot. If you want to follow the route, stay on the road:

Many first want to go from Dohuk to the Christian town of Al Qosh, where the prophet Nahum is buried and on the edge of which there is an old monastery to visit. From Dohuk, relatively quiet roads lead to Al Qosh. (Unfortunately, a Komoot doesn’t let you select the main road for route planning. But using it is necessary to get out of the city – and can also be done without problems).

From Dohuk to Erbil you should definitely not follow the shortest route, this leads over the main road. Most of it is brand new, but there is a lot of traffic, and the landscape is relatively boring. Instead, one should choose the longer route and the less traveled road that goes via Amediye and Barzan and through the mountains. And before you go to Erbil, you should definitely make a detour to beautiful Soran and even more beautiful Rawanduz. (Please don’t trust this route in detail, I didn’t drive it myself, I just marked it roughly on Komoot 🙂